This is a partial list of people who have made significant contributions to the Amber code or force field development. Please update this yourself if you have GIT access, or send updates and corrections to dacase1@gmail.com.

You are under no obligation whatsoever to provide any bug fixes, patches, or changes to the features, functionality or performance of the Amber project ("Enhancements"); however, if you choose to make your Enhancements available to the Amber development team, then by doing so, you grant the following license: a non-exclusive, royalty-free perpetual license to install, use, modify, prepare derivative works, incorporate into other computer software, distribute, and sublicense such enhancements or derivative works thereof, in binary and source code form.

This means that contributors (or perhaps their employers) still own copyright to their contributions, and can re-use that code at their discretion in other projects. Amber just gets a non-exclusive right to use the code in our project. 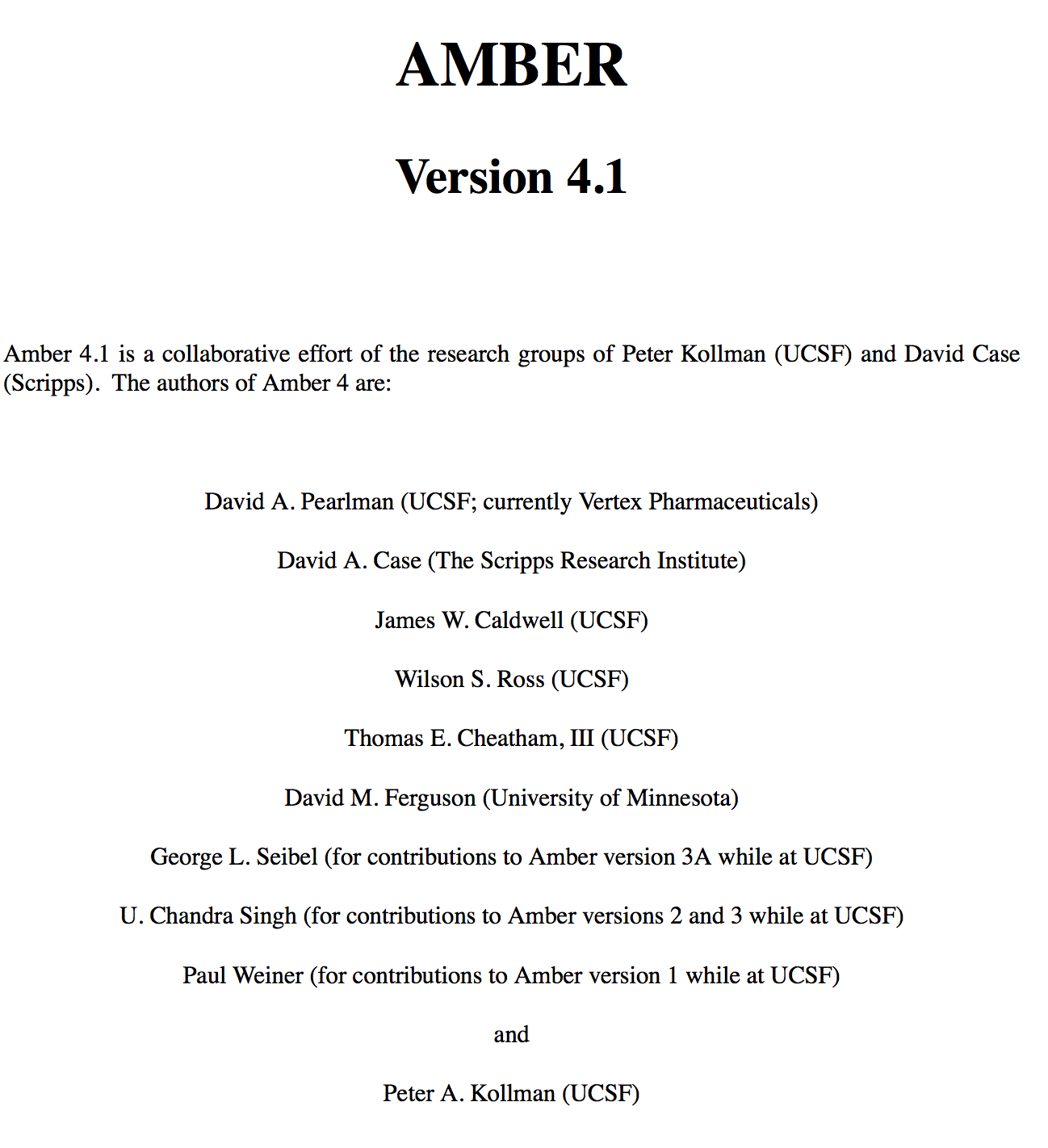